The 2018 OK Dinghy World Championship in Warnemünde, Germany got underway Tuesday with two races in a solid 12-18 knots. Jan Kurfeld is the early leader from André Budzien and Lars Johan Brodtkorb. Each won a race in their groups, while the other race win went to Fredrik Lööf.

Various weather forecasts threatened wind, rain, sunshine and numerous windshifts, but the day started sunny and warm with light winds. The opening race was scheduled for 14.00, and by then the weather had changed with a building north-easterly providing fairly stable winds, great waves and fantastic Warnemünde sailing conditions.

The Yellow fleet contained two of the main favourites, Lööf and Kurfeld. Lööf dominated the first race with a win over a fast approaching Kurfeld, while in the second, Kurfeld built a nice lead on the first beat and was never really threatened. Lööf was second for a while but ended up third after being passed by Thomas Hansson-Mild. 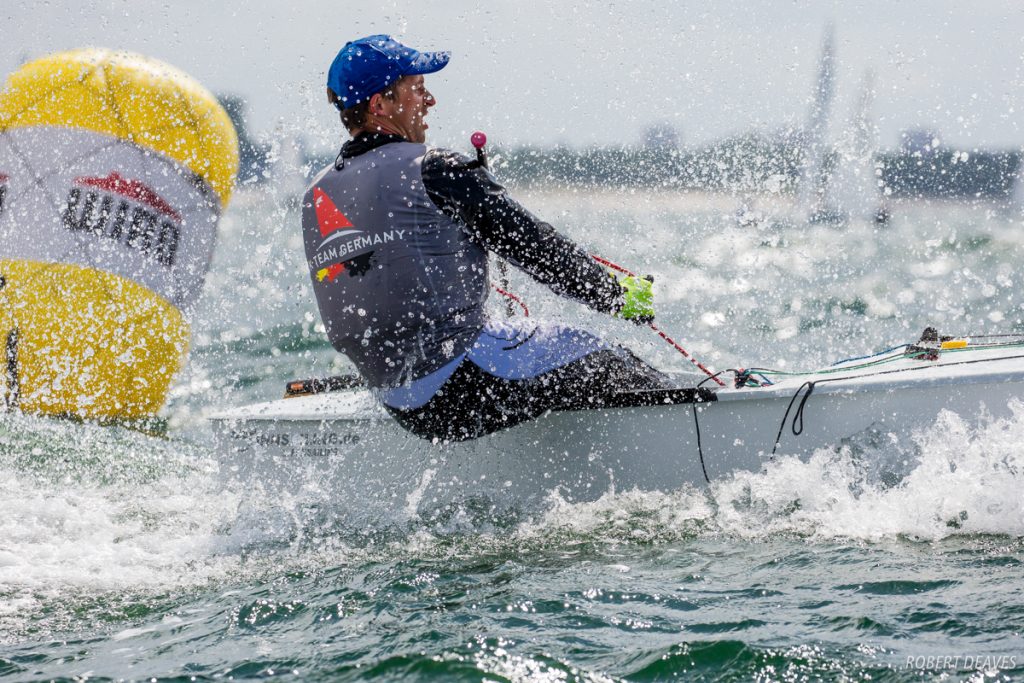 The Blue group was arguably the toughest with Budzien, Brodtkorb, Charlie Cumbley, Jim Hunt and Bo Petersen fighting it out at the front. Budzien took first blood with a confident win from Petersen and Brodtkorb, while in the second race Brodtkorb threw down the gauntlet with a win from Budzien and Petersen.

Of course all this means the points at the top are very close with just two points separating the top six boats. For today the groups were assigned based on world ranking position. For Wednesday’s races the groups will be reassigned based on positions today, so this should mix up the groups some more. 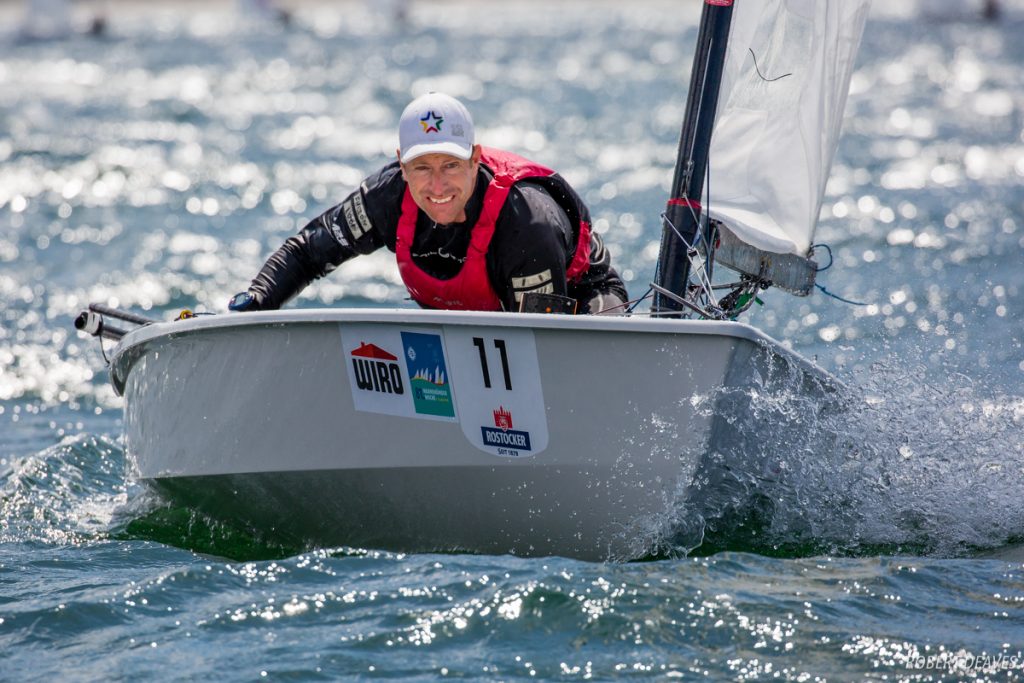 Kurfeld was delighted with his day on the water. “I really enjoyed it today. We had perfect conditions with 5-6 Beaufort, sunshine all the time, nice waves, north-easterly wind so I guess everybody is really satisfied with today and it was just a brilliant start to the worlds.”

After a second and first places, “I am very happy with my day. I am looking forward to racing tomorrow. I hope there is not too much wind.”

Budzien was also a happy OK sailor. “Very good sailing conditions with a not to shifty wind. I am really happy with my results today. It was hard of course. My group was a tough group and it was a hard fight, especially on the downwind and reach course courses it was really tight.”

Petersen placed second and third to sit in sixth overall. “It was one of those days where you had a really good time out there. The wind was nice, the waves were nice and it was stable but shifted a little bit and the course was laid out perfectly. It was really good fun.”

“I made a second and third and I think it was OK. I am happy and satified. I lost Budzien on the last upwind but that’s OK. It’s a tough fleet and you have to use all your energy just to keep on and not lose metres. You really have to be on it.” 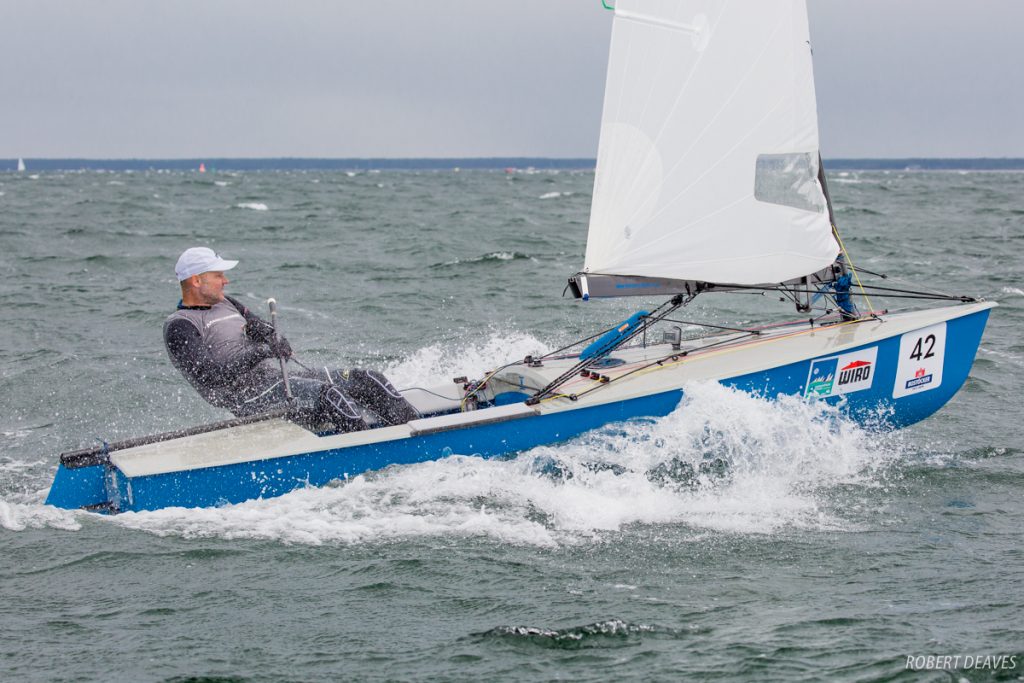 On the influx of new sailors over the past year. “I think it’s very good for the class. I think the class a value that has really brought in all those new faces and that’s good for the OK Dinghy class. Hopefully there will be more youngsters coming in as well, and there are.”

Racing in the opening series is scheduled to continue at 12.00 Wednesday with two more races. After three days, or a minimum of five races, the fleet will be split in gold and silver groups for the final series of up to four races. 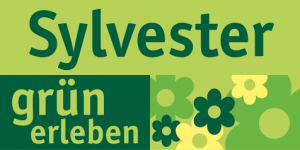 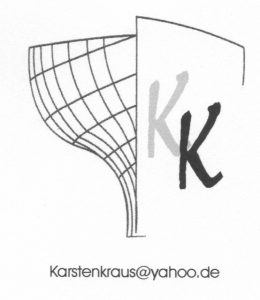 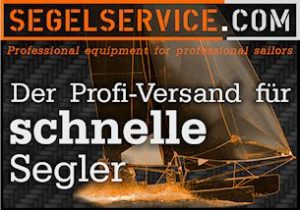 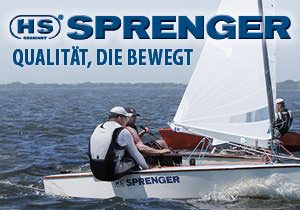 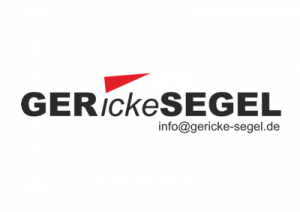